Here's another detail from my Justice League: Classic print. Hawkman replaced Hawkgirl from the Modern version, so the wings were much the same, although I did brighten them up a bit to match the lighter tone. This time around, I had much better models (including texture maps) from 3DScanStore.com, as well as fantastic rendering software, Marmoset Toolbag. I sculpted the helmet in ZBrush and pasted it onto a head I had previously made. Marmoset has a library of 3D backgrounds that wrap around the models and create realistic lighting situations — this is especially useful with reflective surfaces. Below is an "exploded" view of the finished product, with each layer in Photoshop offset to reveal the process. 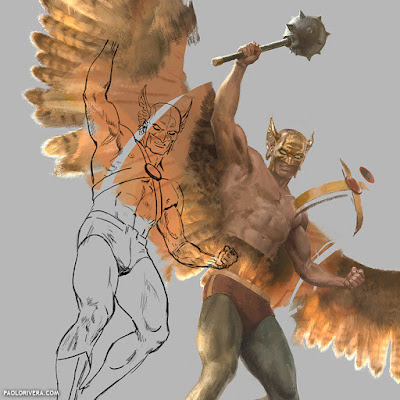 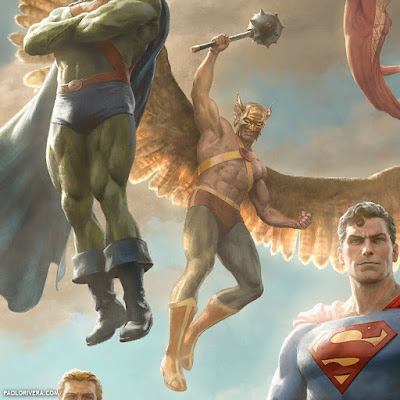 
I've got a new 13x18" Hellboy print available! It was a promo piece for the Mike Mignola documentary Kickstarter campaign. Edition of 32.

Posted by Paolo Rivera at 9:17:00 AM
Email ThisBlogThis!Share to TwitterShare to FacebookShare to Pinterest
Labels: Covers, Hellboy, Painted
0 comments

There was plenty of reference that went into my Justice League: Classic poster, so I guess I'll just keep posting a character each week. Green Arrow was one of the last figures I finished because I always dread drawing archers. There's just something about the relationship of bow to figure that always makes me second-guess myself.

When in doubt, grab your daughter's bow & arrow and walk outside! This shoot was a lot of fun (I just hope none of the neighbors saw me). I set up my phone on a tripod and said, "Hey, Google — take a selfie!" And it did. The front camera on my Pixel 5 is good enough, and I like being able to see myself on the screen to get the pose just right.

Below is my initial sketch, which was really just a reworking of my previous Justice League: Modern poster. Everyone got a makeover, and several of the characters were switched out completely. The first version is where I really learned how to mimic my traditional style using just Photoshop, but it was a trying process. There are lots of little tricks I learned along the way, but the most important rule was this: if you can't do it with real paint, don't do it with digital. I constructed this painting the same way I would approach a real painting, using opaque brushes to build up light while using transparent brushes to darken, tint, and glaze. The final effect is convincing enough, even at high resolution. 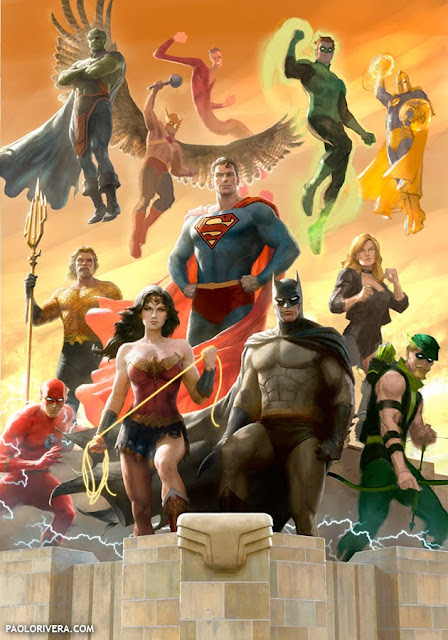 My Justice League: Classic Artist Proof signed prints are available for pre-order from my shop! There are 45 APs and 10 framed canvas available. Above is just one of the many characters featured (originally Shazam was going to be Doctor Fate — I'll have to post him at a later date).

I used the opportunity to get better at 3D, so I kit-bashed and sculpted this Shazam model in ZBrush and rendered it in Marmoset 3D, an easy to use and powerful tool for getting real-world effects in close-to-real-time. (The same cannot be said for ZBrush which, while powerful, has a very steep learning curve.) Some of the body was copied from 3DScanStore.com, a great resource for 3D scans of live models. 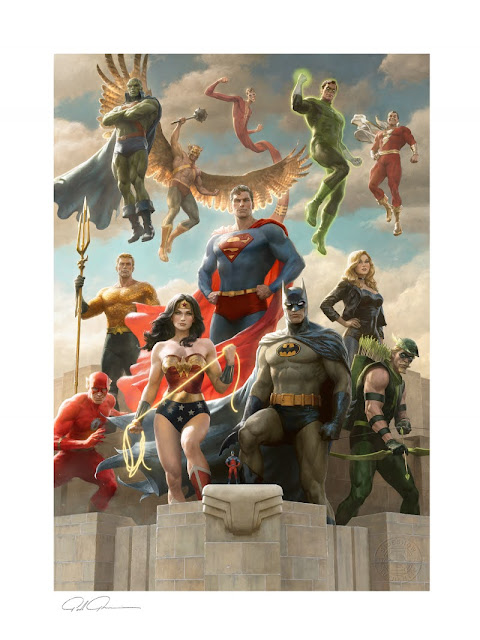 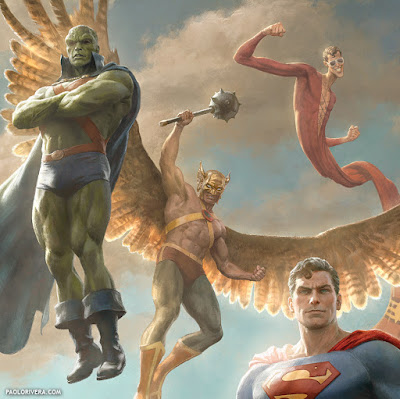 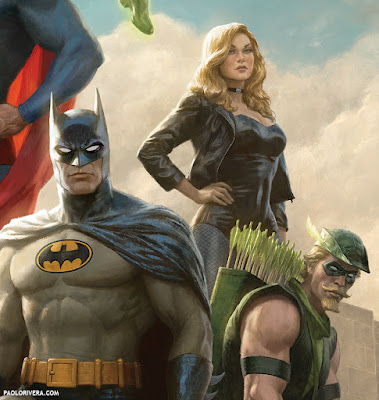