I'm going to take a blog break for the next couple weeks (or 18 years).
Posted by Paolo Rivera at 9:00:00 AM
Email ThisBlogThis!Share to TwitterShare to FacebookShare to Pinterest
8 comments


Here's the variant cover I provided for Book of Death #3. The mini-series begins next month! Have a great weekend!
Posted by Paolo Rivera at 9:21:00 AM
Email ThisBlogThis!Share to TwitterShare to FacebookShare to Pinterest
Labels: Covers, Digital Color, Inked, Joe Rivera, Valiant
0 comments


Did I ever post this reference? If I did, I don't have a record of it (and I apologize). My Dad inked this piece and I added the post-it notes and strings digitally. The string motif was taken from a page of the book, a splash that featured the Riddler.

The Walking Dead Variants For Sale 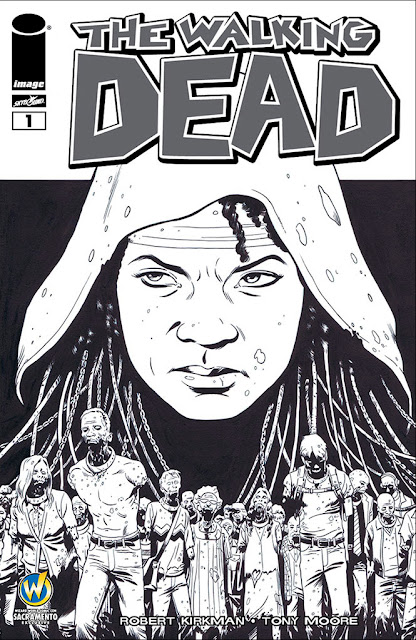 If you couldn't make it to Wizard World Sacramento, have no fear! I've got copies of The Walking Dead to sell. Each copy is signed by me and can be personalized as well (just specify during the PayPal checkout). There are 2 versions, pictured above and below, for $25 each. You can purchase them at my online store. 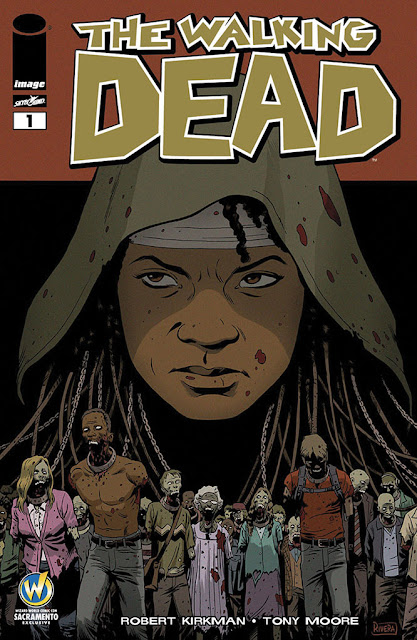 Posted by Paolo Rivera at 8:54:00 AM
Email ThisBlogThis!Share to TwitterShare to FacebookShare to Pinterest
0 comments


Huge thanks to everyone who came by the Hero Initiative booth in Sacramento! I had a great weekend, and even got to see Norman Reedus at the hotel. I hope they gave him a copy of our Walking Dead cover.
Posted by Paolo Rivera at 11:23:00 AM
Email ThisBlogThis!Share to TwitterShare to FacebookShare to Pinterest
Labels: Painted, Portraits
2 comments


I'll be at Wizard World Sacramento this weekend, courtesy of Hero Initiative, booth #155. I'll be doing sketches all weekend, with all proceeds going to Hero. We'll also be selling limited edition copies of my Dad and my Walking Dead cover, a Sacramento exclusive (half of those proceeds will be going to Hero, the other half for my grubby paws). I'll try to save some copies to sell through my online store. 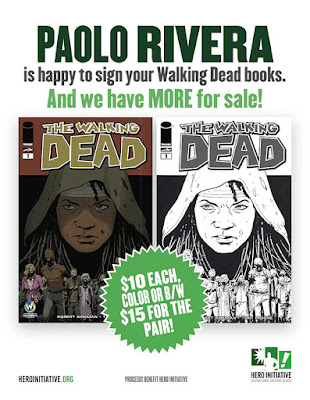 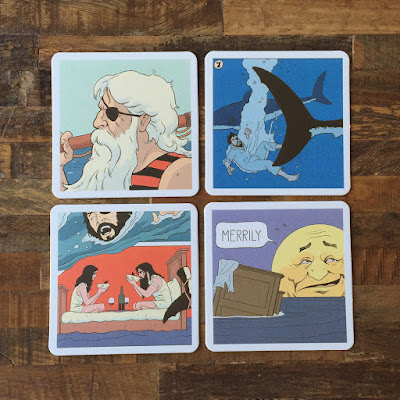 Little Nemo coasters are here! (And you can thank my wife for making it happen!) There are 4 options to buy, one of which is the complete set of 16. They are based on my page from the Little Nemo: Dream Another Dream anthology. You can purchase them at my store for a limited time. (Apologies, but we only ship within the US.) 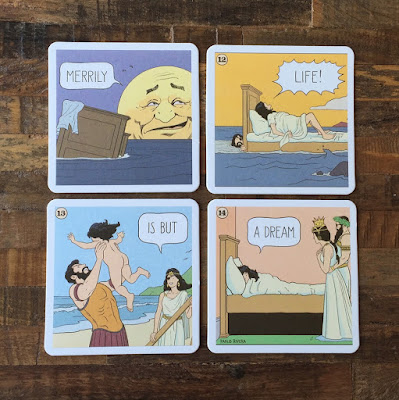 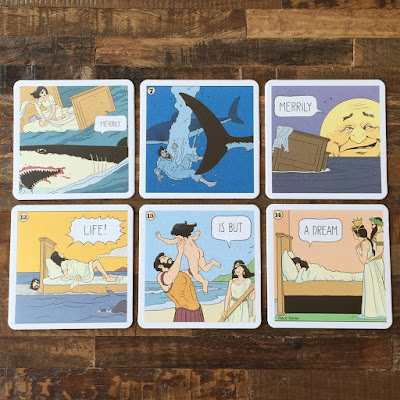 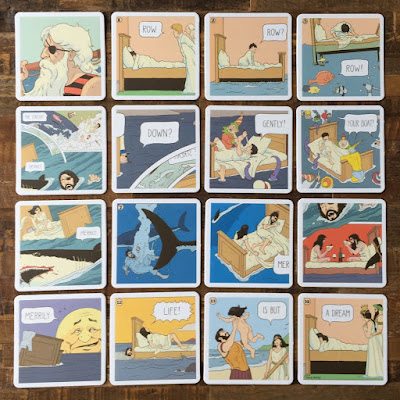 Posted by Paolo Rivera at 9:55:00 AM
Email ThisBlogThis!Share to TwitterShare to FacebookShare to Pinterest
0 comments


Waaaay back in One Moment in Time, I utilized a ton of Sketchup models that Joe Quesada gave me. He had used the models himself and, since the story had the same setting, it only made sense to use them as well. They especially came in handy for the hospital scenes, which always take me a long time.

I Am Iron Man


Here's a commission from last year that I penciled and my Dad inked and colored. You're probably familiar with the character by now. I, for one, am pretty excited about Civil War.

Wizard World Sacramento is this weekend, my last convention of the year! I'll post the details later this week, but I'll be a guest of the Hero Initiative, and will be on a Spider-Man panel. We'll be selling our limited edition copies of The Walking Dead, details below.

I should also mention that there is a not insignificant chance that I'll have to cancel at the last minute (or leave early). My wife and I are expecting our first child (!!!!). Although not due for another few weeks, such things are unpredictable. If that happens, I'll give a heads up via Twitter, and you probably won't hear from me for the next 18 years! 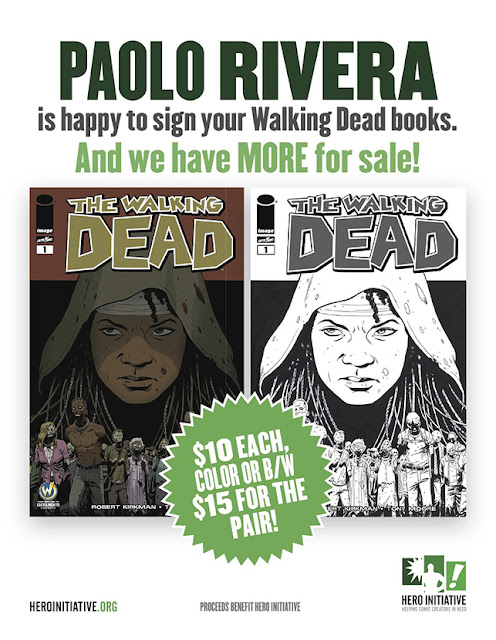 
Here's a Storm commission from Megacon earlier this year. And below is my take on Jon Bernthal as Punisher. It was just announced this week that he'll be joining the cast of Daredevil in season 2! And lastly, here's an interview with Mightyville from last month. Have a great weekend!

Tears from a Rocket


Here's a commission from 2013 that my Dad inked and painted over my pencils. Good job, Dad! Still one of my favorite character designs ever.


Here's a recent commission of Flash stopping (that's the only way I'll draw him). Also, I wanted to mention a great app that I just picked up called Handy Art Reference Tool. It has hand poses and heads that you can manipulate in 3D, plus great lighting options that include cast shadows. I found out about it when I gave a talk at Academy of Art University last month. Thanks for the suggestion, guys! Have a great weekend!
Posted by Paolo Rivera at 8:12:00 AM
Email ThisBlogThis!Share to TwitterShare to FacebookShare to Pinterest
Labels: DC, Inked, Painted, Pin-Ups
0 comments


If you haven't noticed, this blog has been seriously lacking in Colossus drawings as of late. Today's post is meant to remedy that.


Posted by Paolo Rivera at 10:30:00 AM
Email ThisBlogThis!Share to TwitterShare to FacebookShare to Pinterest
Labels: Inked, Painted, Portraits
2 comments