I can't believe I forgot to post this one. Guess it got lost during the break. Speaking of breaks, I'm about to take another. I'll be back by December (hopefully). In the meantime, I'll leave you with some rivetting Wacky Reference. Until next time!


Here's the final cover for The Delinquents mini-series, which will be out later this month. As you can see, the boys know how to relax after a tough day. It's the same way I relax after an easy day. 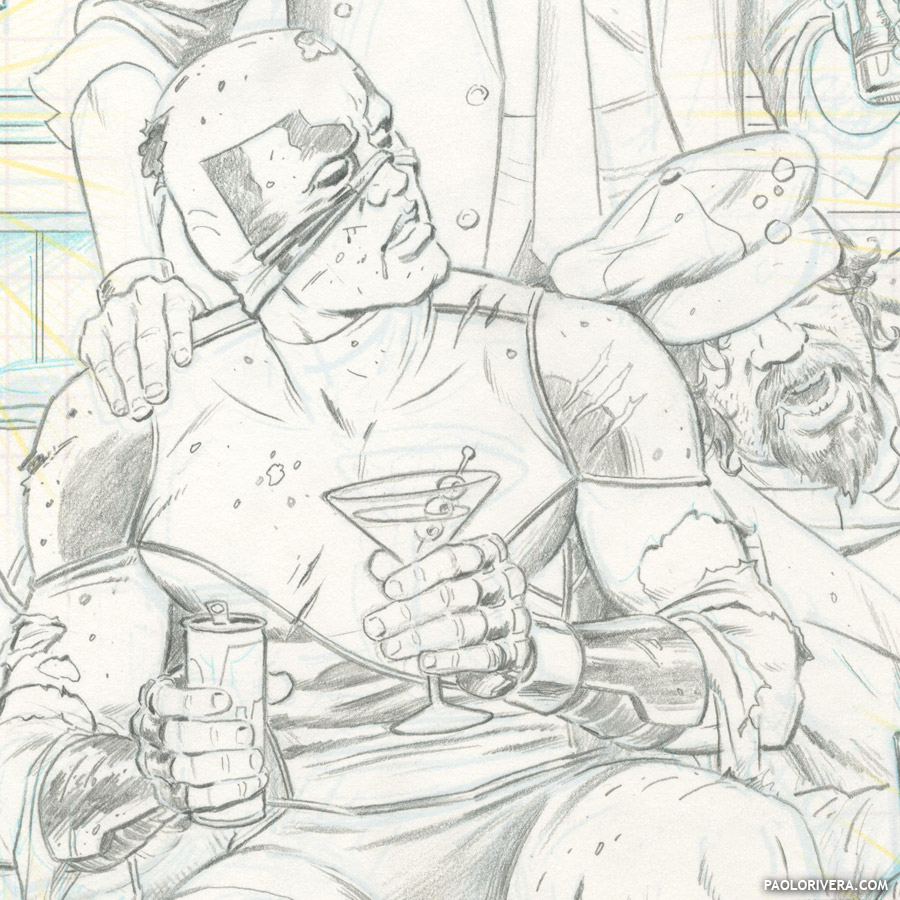 
Here's a commission from New York Comic Con last month — one of my all-time favorite characters. Below are the pencils for a project that never got off the ground. Woulda been fun.

Lastly, there's some more press about The Valiant over at CBR. It includes a couple more pages that I don't think have been seen yet. (Pretty soon, I think they'll have shown the whole book!) Have a great weekend!

Posted by Paolo Rivera at 12:00:00 AM
Email ThisBlogThis!Share to TwitterShare to FacebookShare to Pinterest
Labels: Inked, Painted, Penciled, Portraits
2 comments


Remember when Daredevil relaunched? (No, the time after that.) I provided a variant cover for the issue, and these are the photos that went into its creation. I often take several photos to get the right "feel" for a character, and in this case I even had a second session in the midst of drawing (as evidenced by my beard density).

Because of a snafu somewhere in the production chain, what ended up being printed was the raw inks. I was fine with that, though, and ended up liking the colorless version better (though some red on DD would've been even better).


This was from a while ago, but I don't think I ever posted it on the blog. (Not even sure if it was published.) You can see the other covers from the series here.
Posted by Paolo Rivera at 12:00:00 AM
Email ThisBlogThis!Share to TwitterShare to FacebookShare to Pinterest
Labels: Covers, Digital Color, Inked, Joe Rivera
2 comments


I was a fan of giants long before I ever moved to San Francisco.

By the way, I've got one each of the limited edition prints Precious Cargo and Agents of S.H.I.E.L.D. for sale on eBay. These are available to international customers as well, something I've been meaning to do for a while. Have a great weekend!

Posted by Paolo Rivera at 12:00:00 AM
Email ThisBlogThis!Share to TwitterShare to FacebookShare to Pinterest
Labels: Inked, Painted, Portraits
2 comments


I just received my comp copy of The Uncanny X-Men 100 Project and the collection looks great. You can grab one at your local comic shop or Graham Crackers Comics: I've got the hardcover, but the trade paperback is pretty swell too (it features my artwork on the front).


I've posted a few details of this poster on Twitter, but I figured it's time to show the whole thing on the blog. I got this gig when the director, Jake Paltrow, saw my Iron Man 3 poster at his sister's place (she happened to play Pepper Potts). There was a chance that it would be used as the theatrical poster, but it was not to be, at least in the States. I'll have to save the process post for a later date, but it was painted in much the same way as my other painted work. And yes, I painted those lens flares! 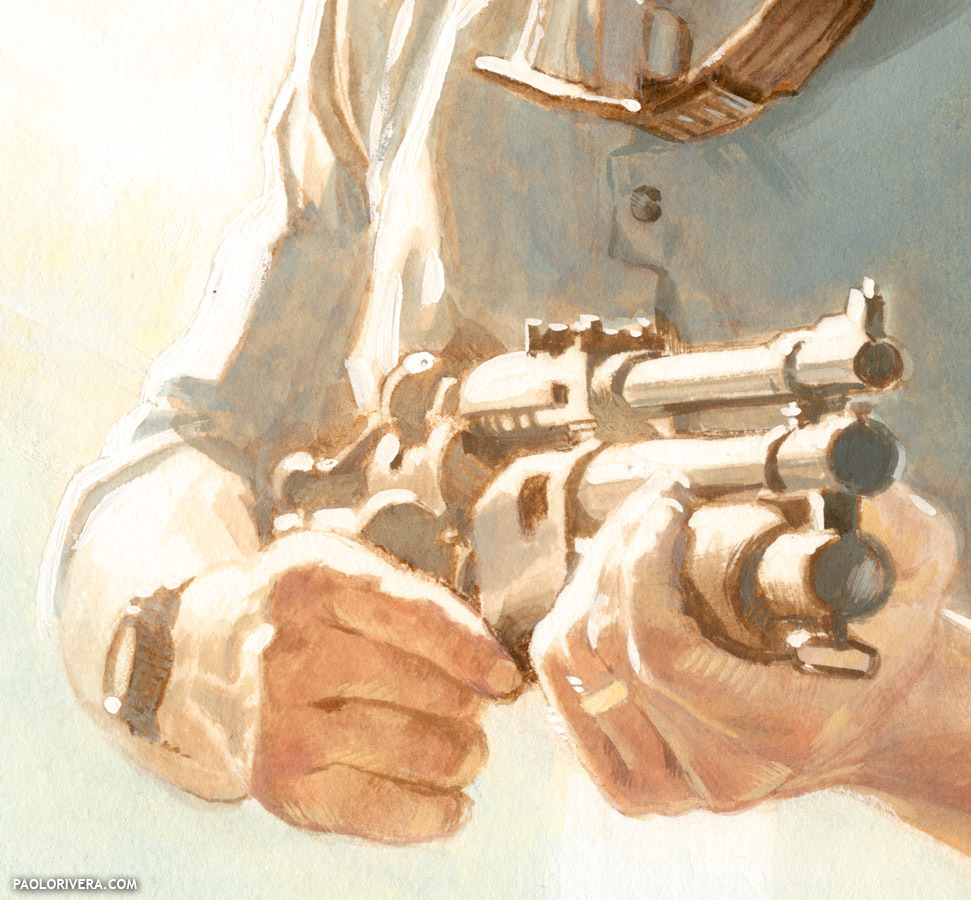 Posted by Paolo Rivera at 12:00:00 AM
Email ThisBlogThis!Share to TwitterShare to FacebookShare to Pinterest
Labels: Covers, Details, Painted, Portraits
5 comments