Remember when I used to blog? Here's a recent variant cover for Batman #33. You can see a preview here. I'm still away from home, but will be at the Tampa Bay Comic Con this coming weekend. I'm still on a blogging break, but follow me on Twitter for the latest updates. Have a great week!
Posted by Paolo Rivera at 12:00:00 AM
Email ThisBlogThis!Share to TwitterShare to FacebookShare to Pinterest
Labels: Covers, DC, Digital Color, Inked, Joe Rivera
2 comments


In the previous installment, I detailed the series of events that led to meeting one of my favorite comic creators, Jim Krueger, while I was still in high school. After doing a piece of fan art for him, and finishing my freshman year at art school, he commissioned 3 more illustrations for his creator-owned book, The Footsoldiers.

Throughout my sophomore year (2000-2001), I began working on a multi-tiered montage for his new web site. Each section represented one of his many creations, and I enlisted my friends as character models. (Always preferring to kill 2 birds with one stone, I managed to turn a few of these into class assignments.)


Then came junior year. I had the insane privilege of spending the entire academic year in Rome as part of the European Honors Program. We had complete freedom — not a single class besides Italian and art history — and so I concentrated on making comics.

Jim had given me a short, 6-page script called Children of the Left Hand that turned Frankenstein's monster into a lonely, little girl. This was intended as a pitch/poster that could be presented to potential publishers. Painted in oil on canvas, I finished most of the pieces in the first semester and assembled them all digitally. 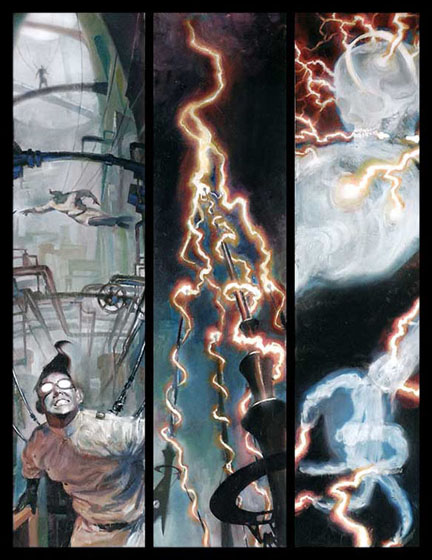 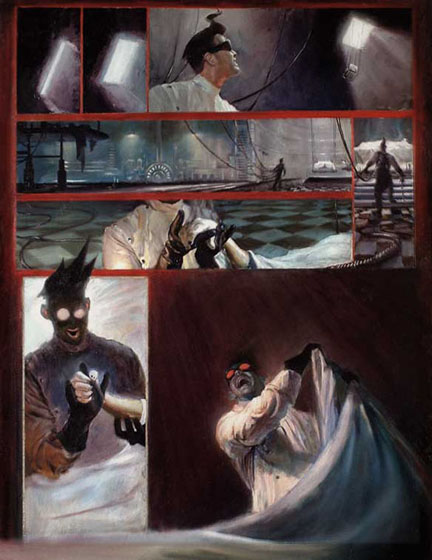 When I returned to the states, Jim offered to personally take me to the Marvel offices. Nowadays, the place is in a constant state of lockdown, but back in 2002 you could sweet-talk your way in if you knew the right people. Luckily, I knew one "right" person, and he introduced me to 3 editors. The portfolio they reviewed consisted almost entirely of Jim's characters, which meant not many superheroes. 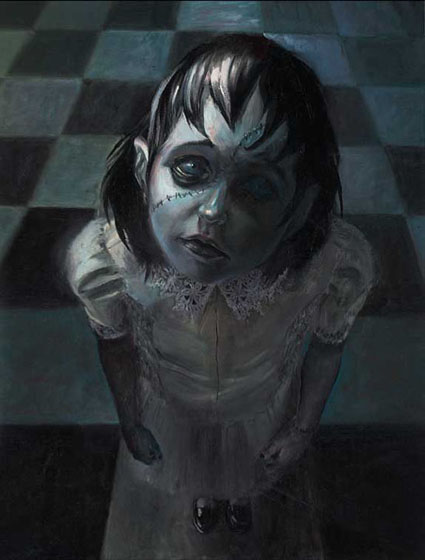 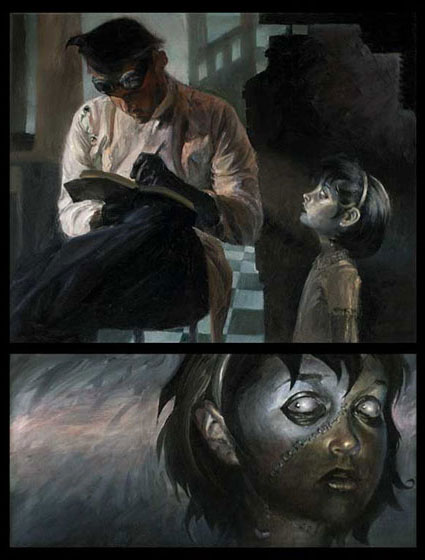 And then nothing happened. They said "nice work," but they had nothing to offer in the way of gigs. My art at the time was all painted, and so they didn't really have a place for me, or even know where my work would fit. Despite getting the opportunity of a lifetime, I left pretty disappointed. 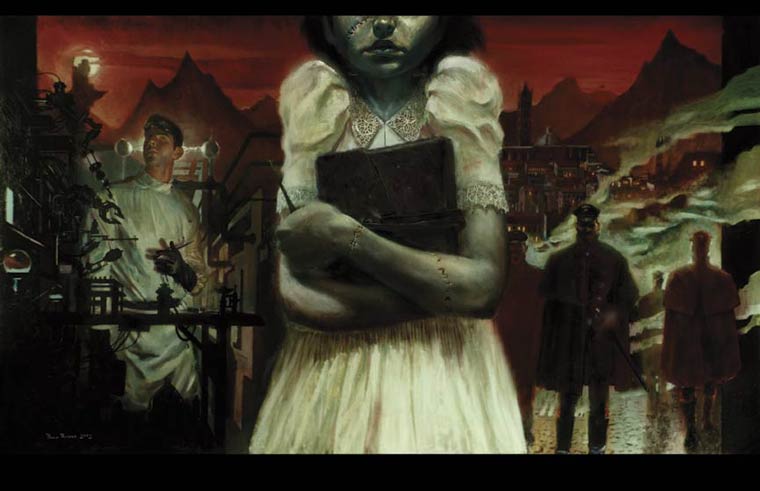 And then everything happened. Jim gave me the email of Joe Quesada, the editor-in-chief at the time (and one of my favorite artists). I wrote to him that night with a jpeg of my work... and he got back to me the next day. Basically, I was hired. I completed my first cover for them shortly thereafter, an Iron Man painting that I still have, and I quit waiting tables. My parents came to the Olive Garden on my last day there, and happened to bring along my first check from Marvel.

I still had my senior year left at RISD. I was yet to take David Mazzucchelli's comics class, which would turn out to be incredibly influential on my work. He actually critiqued one of my Marvel gigs as I was working on it during the semester, even though it was cutting into projects from his class. Of course, it helped that he had done the exact same thing when he was in school.

So start early. Make the best work you can and get it out there. You can't predict where your "big break" will come from, you just have to stack the deck in your favor so you're ready if and when it comes.
Posted by Paolo Rivera at 12:00:00 AM
Email ThisBlogThis!Share to TwitterShare to FacebookShare to Pinterest
Labels: Covers, Early Work, FAQ, Painted, Theory
2 comments


Still busy, busy! I'm heading back to NYC soon, then to Florida for the Tampa Bay Comic Con, August 1-3. This will be the only blog post this week, but I'll have part 2 of my "Breaking In" series next Monday. Pictured above is my recent cover for Marvel's 75th anniversary. You can read more about it here. 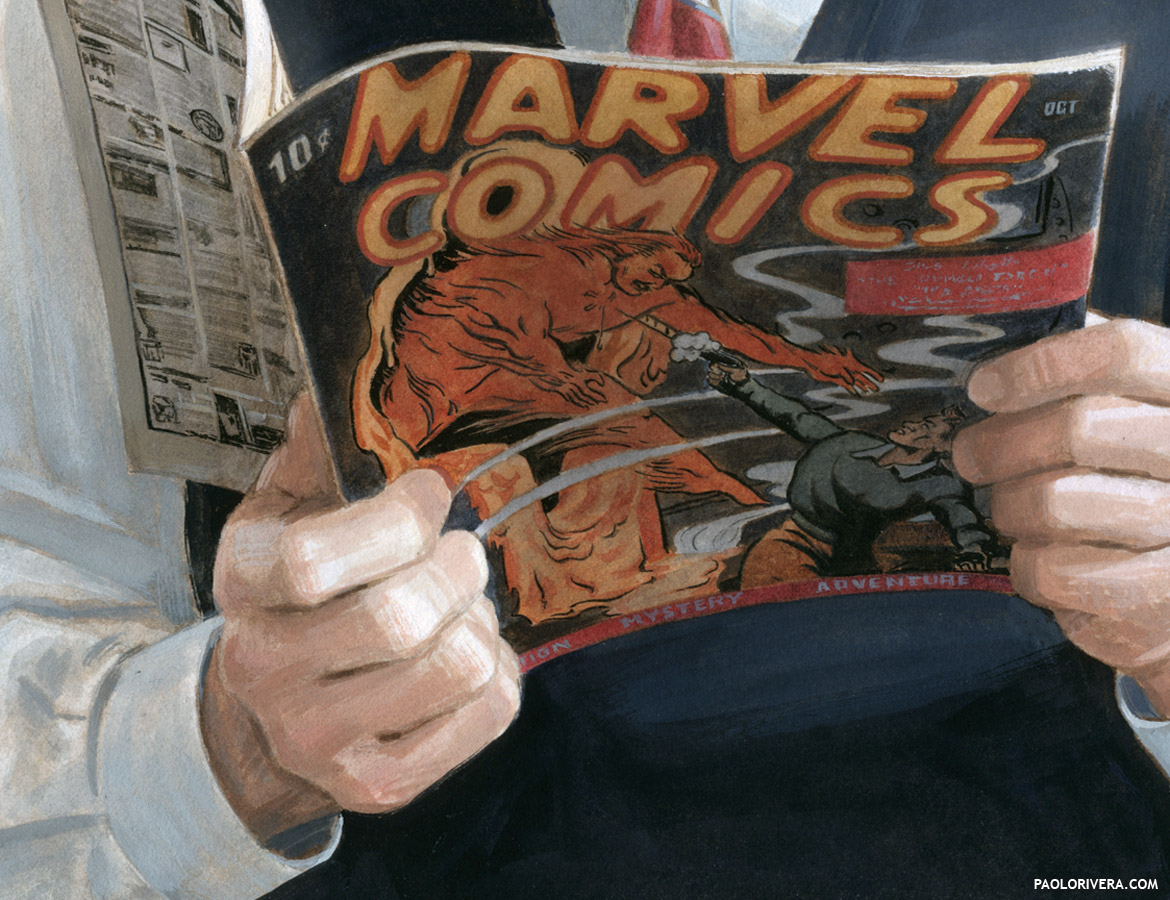 And if you haven't been following the goal-shattering Kickstarter project, Little Nemo: Dream Another Dream, there's still time to get on board. I'm going to hold off revealing my entire contribution, but it was a ton of fun to work on, and I can't wait to see it printed in the gargantuan book.

Posted by Paolo Rivera at 12:00:00 AM
Email ThisBlogThis!Share to TwitterShare to FacebookShare to Pinterest
Labels: Covers, Details, Painted, Spider-Man
9 comments

I'm coming back to comics! Make mine... Valiant? I'm working on a 4-issue mini-series with Jeff Lemire and Matt Kindt called The Valiant and it's going to be a blast. My award-winning Dad, Joe Rivera, will be on inking duties, and I'll be coloring as well. I'm already in the thick of penciling (which is one of many reasons I've been neglecting the blog). You can read more about the project at CBR. Have a great weekend!

Posted by Paolo Rivera at 7:29:00 AM
Email ThisBlogThis!Share to TwitterShare to FacebookShare to Pinterest
Labels: Inked, Penciled, Studies
2 comments


To help promote the new book by Gene Luen Yang and Sonny Liew, The Shadow Hero, I was happy to create this pin-up of The Green Turtle, the first Asian-American superhero. I'm just the first of a whole army of artists that will be contributing — you can see the schedule here. Sonny was one of the first artists I met at RISD, and his work impressed me from the very beginning. Be sure to pick up the book when it hits shelves next week!
Posted by Paolo Rivera at 12:08:00 AM
Email ThisBlogThis!Share to TwitterShare to FacebookShare to Pinterest
Labels: Digital Color, Inked, Pin-Ups
0 comments