I rarely use Sketchup these days, unless it's to download and pose a ready-made model, such as a car or building, from the 3D warehouse. It's faster for me now to sketch everything "by eye" and overlay a perspective grid in Photoshop. But back in 2008, I was still building models from scratch, an example of which can be seen below. 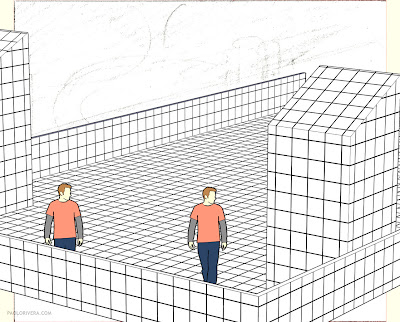 It's not exactly the most exciting piece of architecture—it's just the tail end of a mid-size cargo ship—but it was a set-piece that appeared in several panels, and thus required many different perspectives. Like I said, I'd do it differently now, but it worked well enough at the time. What I find these models best for are vehicles with complex curves, and any kind of architecture with repetition, i.e. tiling or columns; this model is neither. 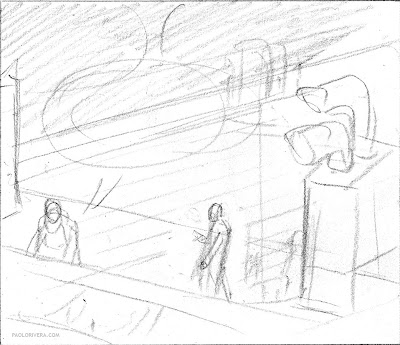 I should also mention that this shot, as well as all the others, were based on several photos of an actual supply vessel. I found a site, Maritime Sales, Inc., that had just what I wanted. If you're ever in need of a particular kind of reference, find someone who's trying to sell it. 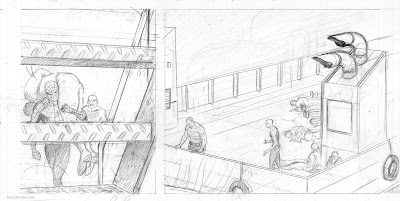