Here's something I rarely do: draw for fun. Back in March, I went with a group of friends to the Society of Illustrators for Sketch Night, a weekly event that includes quick poses and live music. Despite drawing every day for comics, I felt a bit rusty—the last time I had gone to Sketch Night was back in the mid-2000s. I did do a few painting session back in 2010, but gesture drawing seems like an entirely different pursuit. Even so, I had a great time. Who knows when I'll get a chance to go again... 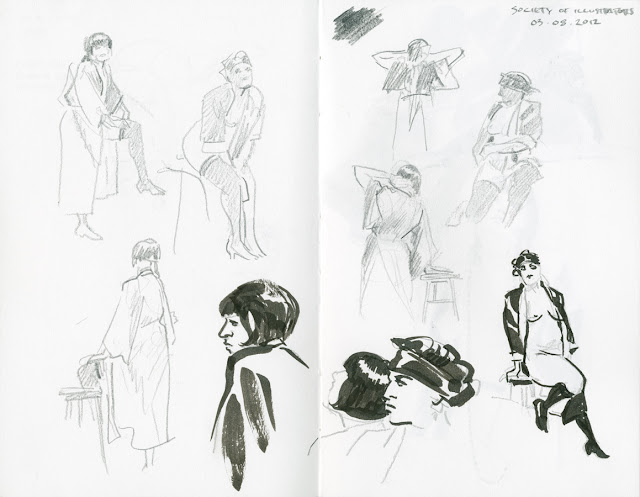 For those of you who missed it on Twitter, last week I drew a tribute to Maurice Sendak. Although I loved his books as a kid, I never really appreciated him fully until I saw a retrospective of his work at The Jewish Museum—it's still one of the best shows I've seen in New York. Also, if you haven't seen his interview with Stephen Colbert, it's definitely worth your time: Part I & Part II. 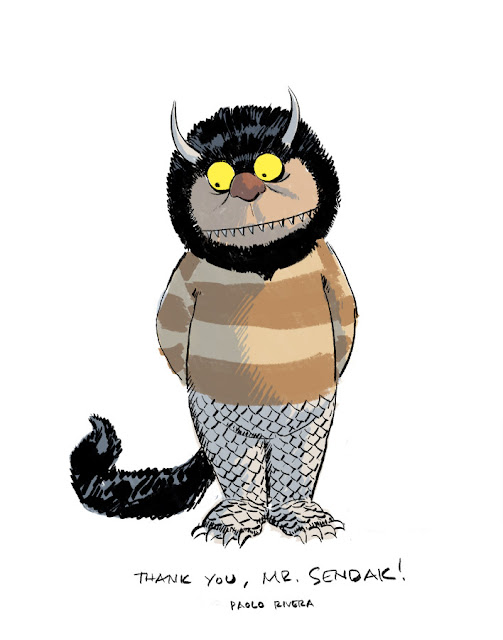