As promised, here's a time-lapse recording of my digital sculpting process using Sculptris. I save a lot of time by starting with previously modelled heads — The Punisher, in this case (he was the best candidate for a transformation into The Hulk). I don't have enough time to do a complete demo, but I also don't think it's necessary (I picked up the basics in under 30 minutes). Furthermore, there are plenty of YouTube demos and user forums already out there, so I don't think I could add much to the conversation.

What I do hope to share is my thought process when constructing faces. Although this is a 3D file in virtual space, the exact same thing is going on in my brain as I draw lines on a 2D surface. If I were running a superhero comic book school (a bizarre prospect, I know), sculpting would be mandatory. 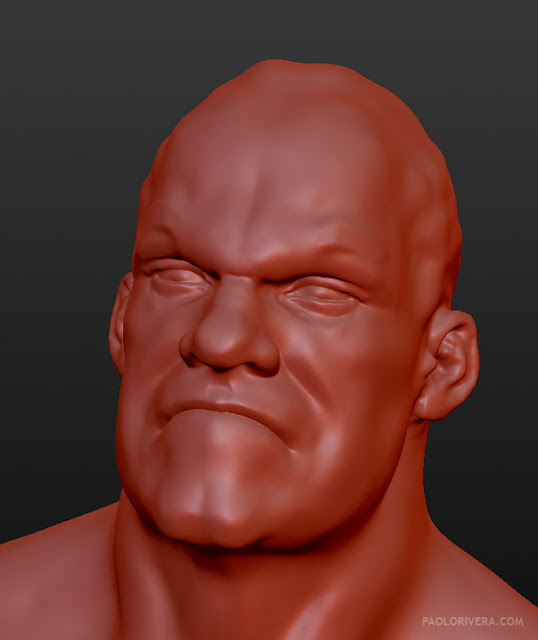 I used to make these reference maquettes with Super Sculpey, and while I still love that process, the digital options, such as duplication and symmetry, speed things up to a point I could not have imagined 5 years ago. At this point, I'm slowly building a personal library of characters that serves as reference for everything I draw.

Lastly, I should note that the traditional media examples shown here were completed without the help of maquettes, but I've I've found that sculpting has only improved my understanding of the forms I'm trying to render.