This is our first introduction to a new character, Kirsten McDuffie, the assistant DA who "knows" Matt Murdock is Daredevil. I forgot to include the pen behind her ear in the pencil stage, a key prop for the following page. Luckily, I caught it before turning in the final work, but not before Javier Rodriguez had colored it. 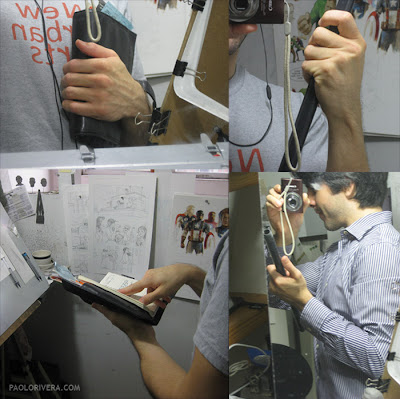 In my first attempt at laying out the page, I placed Matt up on the ledge of the building. This was deemed (with good reason) to be a little too much. Matt may be having fun with the fact that people think he's Daredevil, but he still has to maintain some kind of facade.


I'm thankful to say I made it through Hurricane Irene unscathed, with full power and a full cupboard. If nothing else, it gave me an excuse to watch some movies and drink some beer (and then a mixed drink (and eat many Mint Milanos)).

What better time to post a picture of Apocalypse? I recently finished this, along with several other commissions. I'll be posting them in the coming weeks.

In case you didn't catch the link on Twitter, I was recently interviewed by Panel Bound about my career, how I got started, and some of the details of working for a company like Marvel. Hope you enjoy.
Posted by Paolo Rivera at 10:33:00 AM
Email ThisBlogThis!Share to TwitterShare to FacebookShare to Pinterest
Labels: Color, Interviews, Painted, Pin-Ups
2 comments


I've been using less and less photo reference, but it still comes in handy from time to time. As usual, most involve hands and props.


While this piece was originally commissioned last year at the New York Comic Con, I didn't manage to finish it until March of this year. I've managed to finish up a couple of commissions this past week, and will keep chipping away at them in the coming weeks. In other news, I've got sketch approval in the first of 2 covers for The Twelve. It'll be nice to use some paint after nothing but penciling for a few months.
Posted by Paolo Rivera at 10:22:00 AM
Email ThisBlogThis!Share to TwitterShare to FacebookShare to Pinterest
0 comments


You may remember this cover from earlier in the year, long before Chris Evans and I became best friends (in that he has any idea who I am). Not having the actor available to pose, I did what I always do: I took pictures of myself.

This, combined with reference of the actor and the costume that was available on-line (somewhat limited at the time) provided all the information necessary for a convincing rendering. This was work done on spec, so I skimped on the shield and the background in order to save time.

Another attempt at time-saving was a digital color study that I printed onto the final board. I've done this on 3 different paintings with varied results. In this case, it did seem to help the process along, especially in the beginning.

The progress pics above are from the early stages of painting. Since the painting surface, 500 series bristol board, was not intended for inkjet printing, the colors are very subdued and lighter in tone. Despite this, it provided enough context to allow for a rapid paint application.
Posted by Paolo Rivera at 9:27:00 AM
Email ThisBlogThis!Share to TwitterShare to FacebookShare to Pinterest
Labels: Color, Color Studies, Covers, Digital Color, Painted, Penciled, Photos, Step by Step, Wacky Reference Wednesdays
2 comments


Phew. I'm done. The first 3 issues of Daredevil are out of my hands... which means I can finally go outside. And answer all the email I've been putting off since March (sorry, internet).

First of all, I have to thank my Dad, who (aside from the legal obligation of supporting his offspring and teaching me how to draw ellipses) embarked on a new career in order to bolster my own. I don't know many dads who will drop everything and ink their kid's superhero comic. As far as I know, there is only one. Thanks, Dad!

As for the rest of DD team, they may not have coached my basketball team or made my pinewood derby cars, but they're still the best in the business: Mark Waid (writer), Steve Wacker (drummer), Ellie Pyle (editor), Javier Rodriguez (colorist), Joe Caramagna (letterer). You'll have to wait until September to see a full issue by Marcos Martin, but it will be well worth it. I have been a fan of his work since I first saw it and am honored to be part of his tag team. As for the story, Waid is doing some amazing things with Daredevil and it's a dream to work with him. But one thing I must say: he is evil (I have evidence). He has fooled everyone into thinking that we're going easy on Daredevil. That should get cleared up by issue 3.

A huge thanks must go out to my girlfriend, April, who has kept me well-fed, bathed, and presentable throughout the project... a little too well-fed, as it turns out. Time to start going to the gym again.

If you haven't heard, we were the #6 book last month, so thank you to everyone for the support. The next issue, which debuts this Wednesday, will be a buck cheaper at $2.99.

And finally, I hope this marks the return to regular blogging. I think I'm going to shoot for twice a week from here on out, which means the return of Wacky Reference Wednesdays. You've been warned.
Posted by Paolo Rivera at 11:48:00 AM
Email ThisBlogThis!Share to TwitterShare to FacebookShare to Pinterest
8 comments

I was delighted and honored to get these pics from a fan whose recent wedding drew inspiration from this cover. From the tuxedo to the webbing on the cake, every detail was meticulously recreated. Congratulations to the newlyweds! 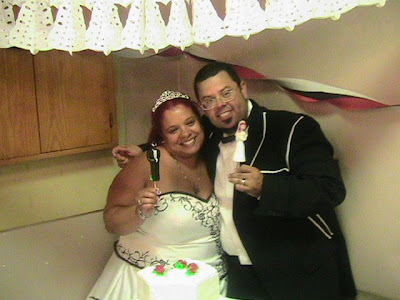 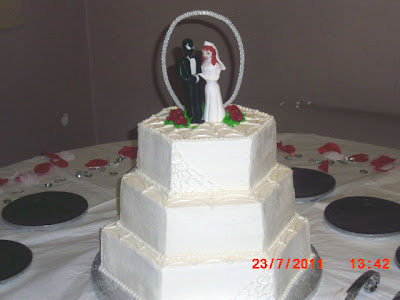 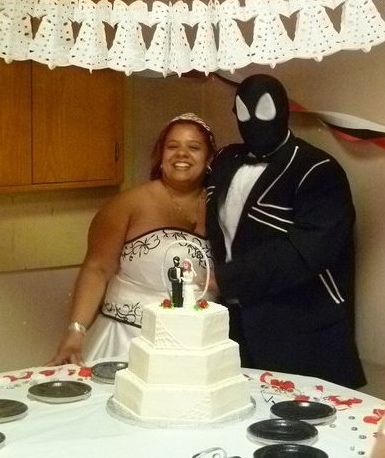 Posted by Paolo Rivera at 10:23:00 AM
Email ThisBlogThis!Share to TwitterShare to FacebookShare to Pinterest
0 comments