Here's another commission from San Diego, this time featuring the star of Marvel's next epic movie. I happened to be hanging around the Marvel booth when they revealed the Destroyer, previously hidden behind Odin's throne. This was in addition to the steady stream of props on display, including Captain America's Shield, a variety of helmets from Thor, and the Infinity Guantlet, which seemed to get the most people talking. By the way, if you haven't seen the leaked footage yet, it's definitely worth a quick search. 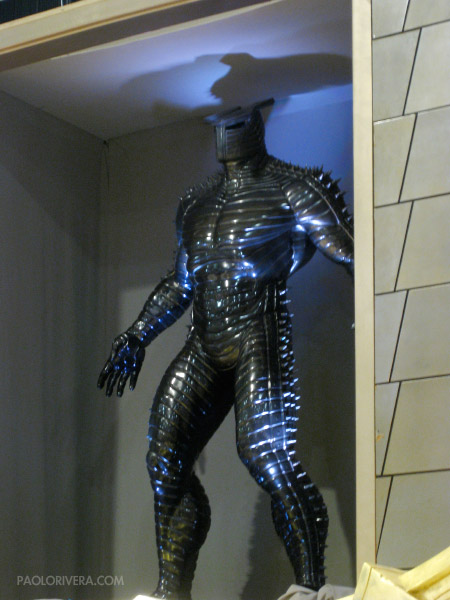 After my signing at the booth, I couldn't help but geek out and get a shot of myself on Odin's throne. Nothing makes you feel small like sitting in a giant chair. Of course, I was wearing my Punisher t-shirt, which I'm sure started rumors of a crossover. 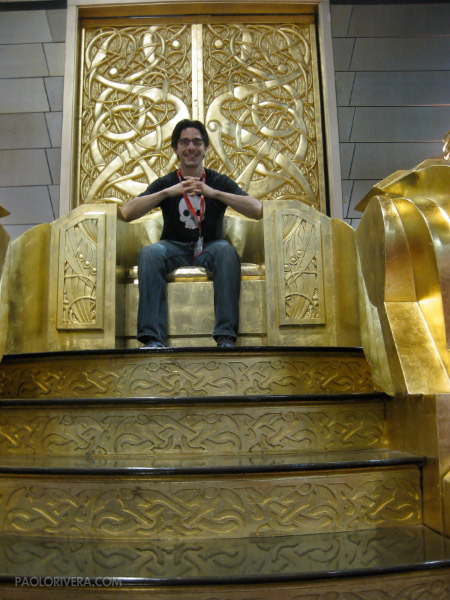 Posted by Paolo Rivera at 7:53:00 AM
Email ThisBlogThis!Share to TwitterShare to FacebookShare to Pinterest
Labels: Color, Conventions, Photos, Pin-Ups