As I mentioned on Monday, Google Earth is an invaluable tool for both reference and perspective. Here is an example in which I used a screen shot as the basis for an establishing panorama of the city. Using the time slider tool, I set the time of day to yield the greatest contrast, thus making it easier to trace. While the gray block-buildings help considerably in visualizing the space, the program now features photorealistic models for most of Manhattan, a boon to anyone who dreads drawing windows. (For another example, check out my process post on the Baxter Building). 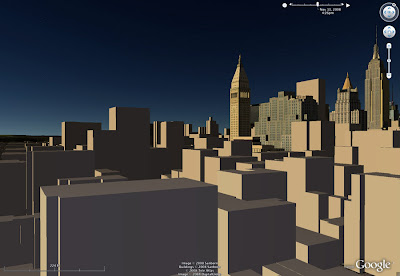 I supplemented the core reference with other photos, in this case taken from a 15th-floor apartment in the city. I was there to photograph the model for this painting, but when I saw the view, I knew I could utilize it at some point in the future (nearly 4 years later, as it turned out). 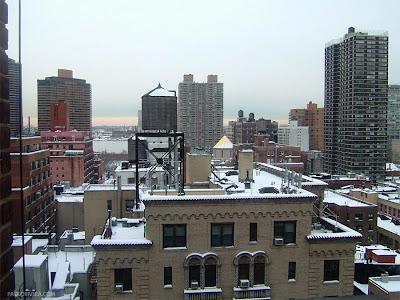 By the way, in my constant search for reference, I came across an interesting article that revealed why most water towers appear to be old and worn, as well as the people behind the constuction of these urban rooftop icons. 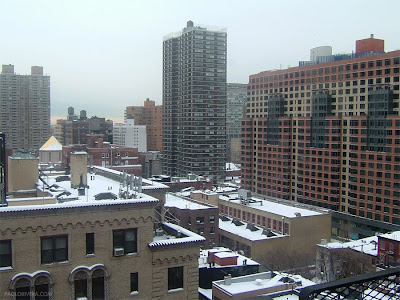