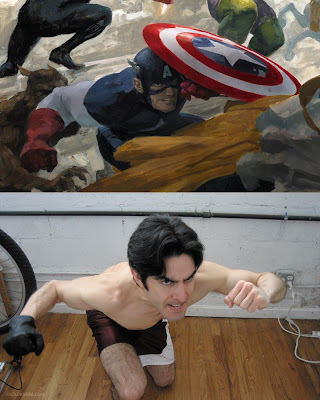 It's the moment you've all been waiting for: Wacky Reference Wednesday, No. 100! If this doesn't break the internet in half (or at least thirds) then I don't know what will. It's an occasion so special, even my ex-girlfriend agreed to be included in the photos. It all started back in March of 2008 when I thought it would be funny to post the multitude of ridiculous photos that I take in the name of comics. It has grown to become my most popular feature (at least according to site traffic) and I plan to keep posting until I run out of pics (which won't happen anytime soon). 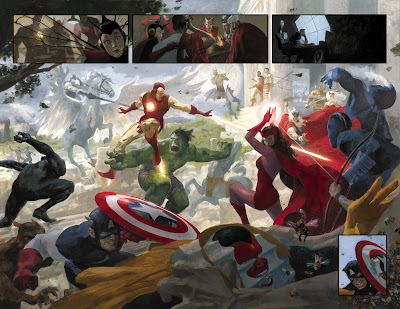 
This was one of my most involved pages from Mythos: Captain America, and so I saved it until the end of the project. That, of course, left me with less than a week to complete the entire painting, which led to a flurry of frantic days and nights with next to no sleep.

Paul Jenkins' script called for a battle scene with the Avengers, but left the specifics up to me. Knowing which characters I wanted to paint, but not which stories would have featured such a roster, I consulted my editor, Tom Brevoort, who suggested Avengers #100. 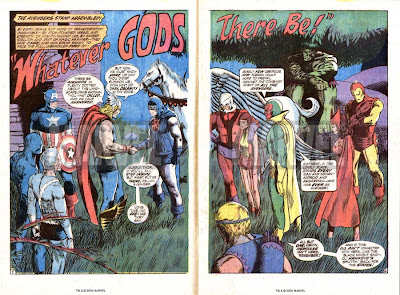 
In order to expedite the preliminary layout stage, I set up my camera and tripod and just did whatever popped into my head. I had a list of all the characters I wanted to include and would cross each off as I found a suitable pose. Normally, I come up with the pose first, then take reference to hone the anatomy and perspective, but I didn't have enough time. Furthermore, this was a one-shot image, so storytelling wasn't much of a concern—everyone just needed to look "cool." 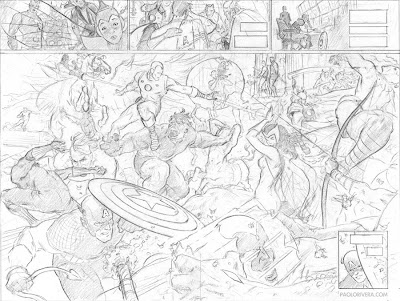 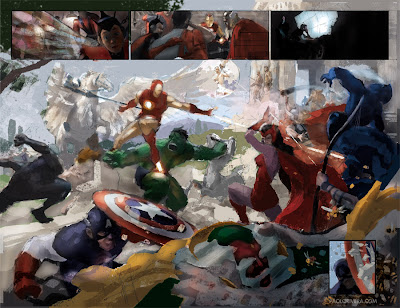 
Without further ado, here is the "wacky reference." I compiled all the photos into two large images, so be sure to click on them for maximum embarrassment. I'm pretty sure I had the house all to myself that day. 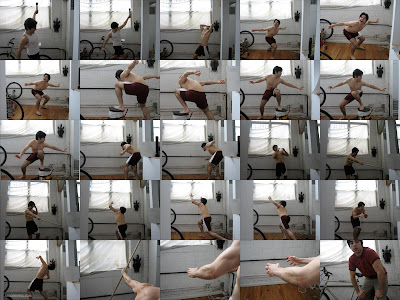 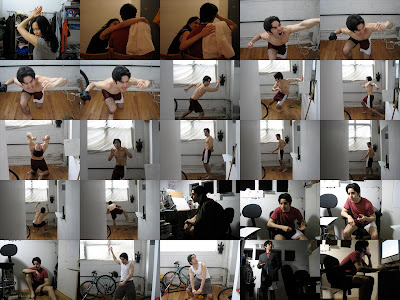