"You Should've Been an Engineer!" 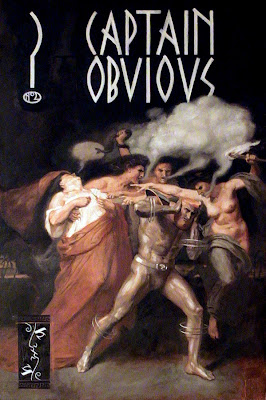 Captain Obvious #2 (unfinished)
2003
oil on masonite
12 x 18"
I'm running out of content! Well, not really. I just can't show any of my new work... and won't be able to until the summer (with the exception of a few sneak peeks). So for the first half of this new year, I'll be showing a good deal of old work (maybe even student work) that will, hopefully, be new to you.

I'll begin with a step-by-step post detailing the early stages of an oil painting. I started this piece while spending a summer on Maui and, in true island spirit, never finished it. However, because of my intention to glaze, the underpainting is fairly refined, at least for me. As with most of my early oil paintings, I started out with burnt sienna (I eventually settled on burnt umber because of it's quicker drying time). I only had a very rough idea of what the finished piece would look like, so my thinking process is clearly evident with each stage, as opposed to my current habit of hammering out all draftsmanship issues as early as possible. The former is a much more fun process, but it's not always conducive to hitting a deadline.

If my memory serves me correctly, I only used burnt sienna, white, and black to get to the "final" product. Any apparent hue shifts were achieved through mixing and/or transparency.

As for the subject matter, I suppose it would qualify as a master copy. The original painting, by Bouguereau, features Orestes pursued by the Furies. At the time, I was getting a modicum of flak from my 'rents about getting a job lined up for my upcoming move to New York (I had just graduated from RISD). The "Furies" were going to be telling me that I should've been an engineer... and the dying woman was to have a RISD seal on her drapery... stabbed by a light saber. Perhaps now you can see why I didn't finish.

Also, for those who don't know, Captain Obvious is a "superhero" that I created in school. His "power" was to be able to point out the obvious to those who could not see it. Maybe I'll come back to him some day. 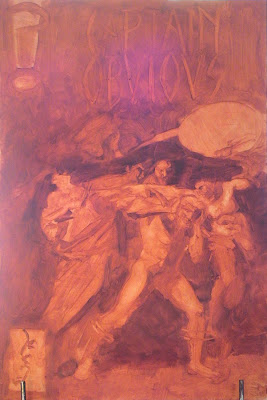 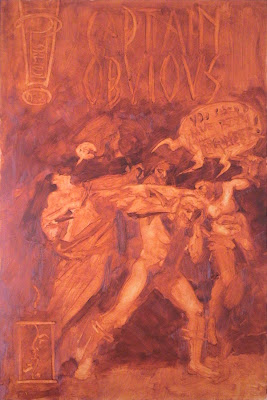 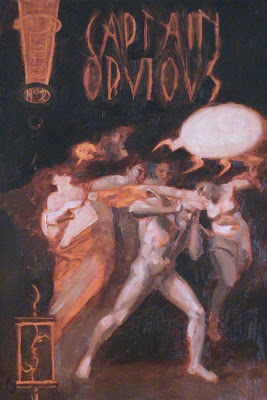 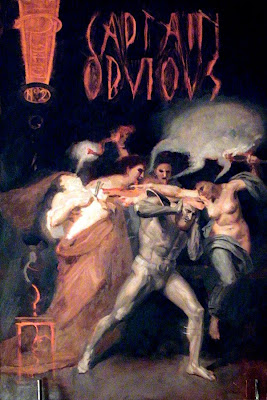 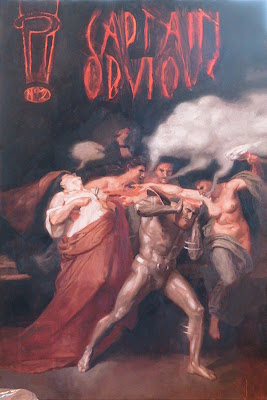 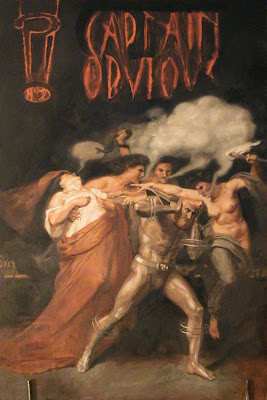 Posted by Paolo Rivera at 9:00:00 PM
Email ThisBlogThis!Share to TwitterShare to FacebookShare to Pinterest