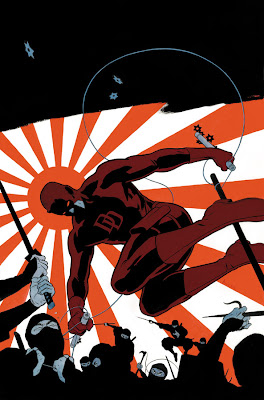 Among the February solicitations that were just released, you may have noticed my first professional Daredevil work. I'll be doing the covers for issues 505-507 (and I'll let you guess where the story takes place). I've always wanted to draw the blind vigilante (he was almost my first gig for Marvel) so I was very excited when my editor offered me the job. 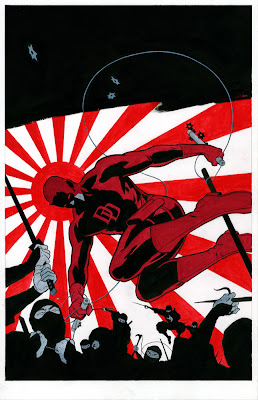 The original art is ink and watercolor, but it required a little help from Photoshop to complete the image. My scanner couldn't seem to differentiate between the two reds, so I had to alter them digitally. This file also appears more saturated because it was never converted to CMYK (though it's tough to predict how these jpegs will actually appear to you, the reader). 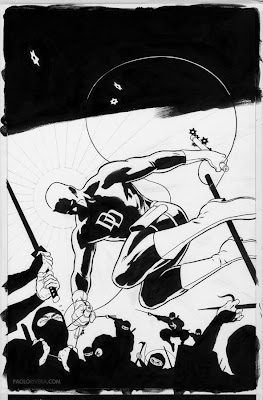 I don't usually tape off something that's going to be inked, but since it was to be painted as well, I figured I'd keep things "classy." 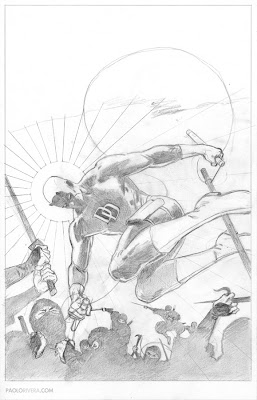 The pencils are fairly tight and self-explanatory. This is the stage where I really nail down all the forms so that there's not too much guessing in the ink and painting stages. I like to mess up here, so I can avoid it later. 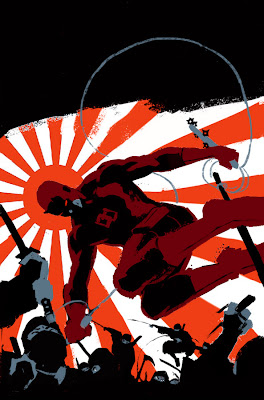 This is the revised digital color study where I honed the composition and figures. The one prior to this, which I revealed last month, was just to get the basic idea across to my editor.