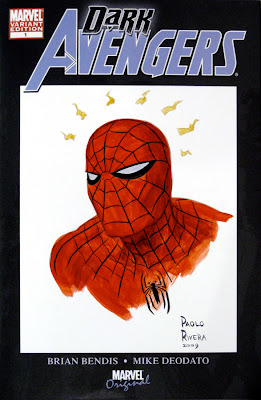 So, um, I was asked to paint Spider-Man a lot last weekend. Here are all the results.

I was partly to blame for the endless requests: I told most everyone that Spidey was the only thing I could make look good on those Dark Avengers variant covers. For those of you who aren't familiar with them, they are special versions of the comic that leave space for custom sketches on the front. While the paper is a significant improvement over its Secret Invasion predecessor, it still doesn't absorb paint as well as the watercolor paper on which I usually paint.

I normally use quite a bit of water to vary the color and value of my conventions sketches, something that doesn't work well on these covers. Since my Spidey paintings are basically pure cadmium red and alizarin crimson, it's somewhat less of an ordeal. Thankfully, the last request was on my own paper. 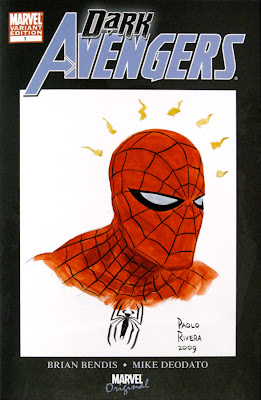 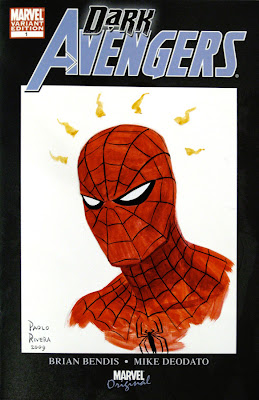 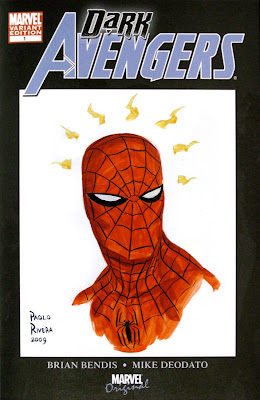 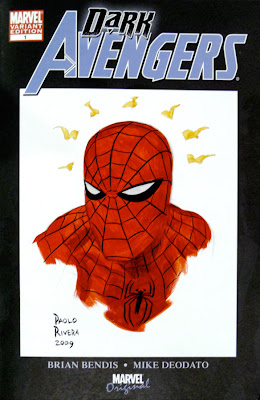 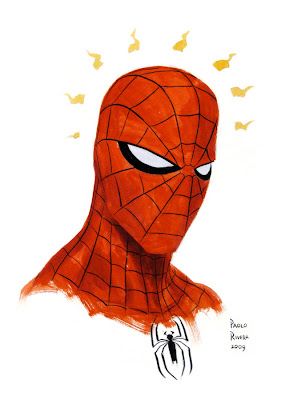