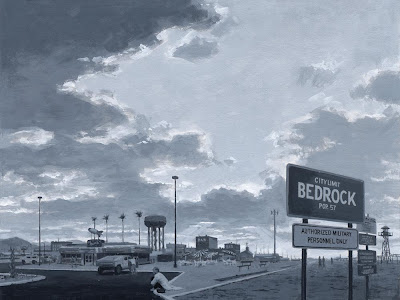 I often take photos knowing that I'll use them at some point in the future as reference. I don't necessarily have a set purpose in mind, but I can imagine one taking shape. I also just like pretty pictures, so having a handy point-and-shoot camera is a prerequisite for any outing. This even includes road trips with my Mom. The above image is from Mythos: Hulk, completed in 2006, but it's based on photos taken in 2004 while in New Mexico and Arizona, visiting family. 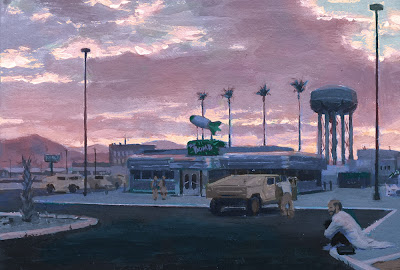 The first image is the actual painting, whereas the second features the layer of digital color, which I've discussed previously. 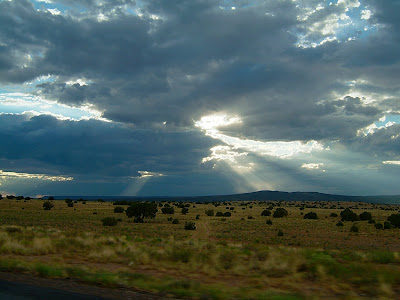 As you can see, nothing is a direct translation, but their are common elements from each. I don't take photo reference for composition; rather, I use it to record the behavior of light as it interacts with form. 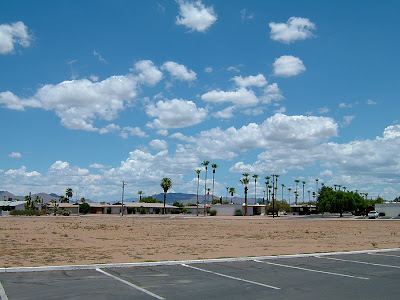 This distinction is not as critical when using your own photographic reference, but it it becomes a problem when searching for visual reference on-line. A point of view inherently belongs to someone, but the natural laws of the physical world can't be copyrighted (at least not yet). You can steal a lot from a photo without copying any of it.

These are just two of my own photos that were assimilated into a final painting. What I haven't shown are the 22 pictures of diners I found on the web, not to mention the cell towers, water towers, highway signs, and vehicle photos. Chances are you can find them with a quick search.
Posted by Paolo Rivera at 9:04:00 PM
Email ThisBlogThis!Share to TwitterShare to FacebookShare to Pinterest
Labels: Digital Color, Mythos, Sequential, Wacky Reference Wednesdays