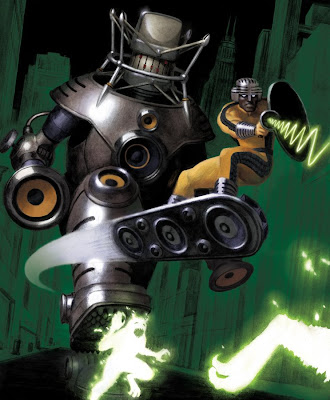 Earlier this year, I received a freelance offer from a design firm in Maryland. Normally, Marvel keeps me too busy to even think about sleeping, but I happened to be between projects and the job was quick and paid well. I've only ever worked for Marvel and Dynamic Forces (The Olive Garden doesn't count here) so I was more than a little curious as to how the rest of the illustration world operates. That being said, I was approached solely because of the comic book theme of the project: Masters of the Audio/Visual Universe. The ultimate goal was a calendar, so I was part of a team of artists, my focus being a duo whose powers fell on the "audio" side of the slash. 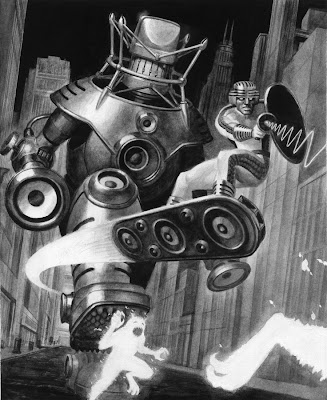 To finish even faster, I resorted to coloring a black and white illustration in Photoshop, an old trick I picked up while working on Mythos: Hulk. 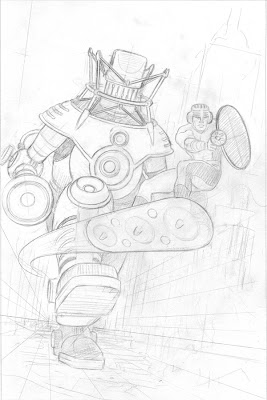 This is the finished pencil sketch over which I would paint. 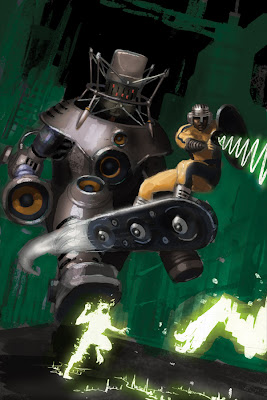 And here is the initial sketch, done entirely in Photoshop. 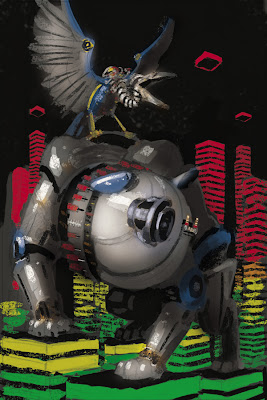 We went through one iteration before agreeing on an approach, something that is unheard of at Marvel, at least in my limited experience (Aside from the fact that we never have any time, the characters are already well-established, precluding any design work). I had wanted to do robots, which I eventually did do, but they wanted something a little more human.
Posted by Paolo Rivera at 9:39:00 PM
Email ThisBlogThis!Share to TwitterShare to FacebookShare to Pinterest
Labels: Color Studies, Photoshop, Pin-Ups