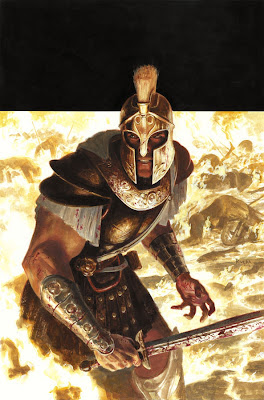 The rage of Achilles is one of the major themes for the Iliad, so I figured it should probably be the subject for at least one of the covers. I chose the scene in which Hephaestus burns the river god Scamander into submission so that Achilles may continue his rampage. It was basically an excuse to paint Achilles engulfed in flames, but at least there's an attempt at storytelling. I just finished the eighth and final cover to the series which I shall post in about a month. 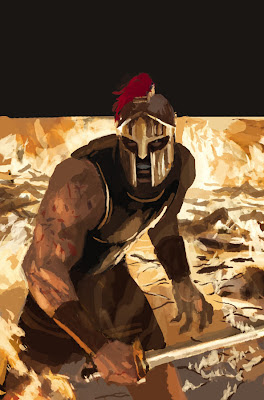 I began the cover, as usual, with a digital color study. In this case, I didn't have the final design for Achilles' new armor, so I just used a generic one. However, once I got the design and began to paint, I received a revised design that was completely different. I was almost done by this point and convinced them to just go with it. Thank goodness.

Also, I had originally intended his crest to be limp with water, implying that he had just been soaked by an angry river god, but my editors said it probably wouldn't have fallen over so easily. 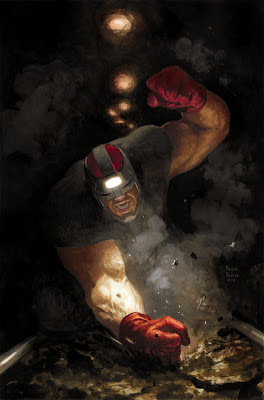 On my drawing board right now is the cover to The Twelve #7. I can't show that yet, so here is #6 in the meantime... yet another excuse to draw an angry man with crazy lighting. And for those of you who were paying attention, this is the result of last week's Wacky Reference Wednesday. 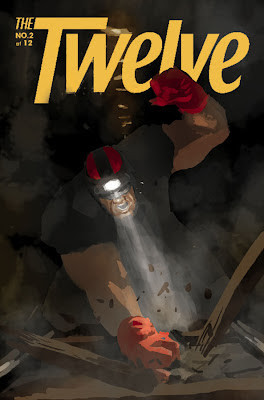 Same story as above... just a digital color study for the benefit of me and my editors. One item of note is the fact that I removed the wooden slats from the composition. When I researched images of mines on-line, it looked as though the cart tracks didn't have the same construction as their larger counterparts, the railroads. I kind of liked the wood... oh well.